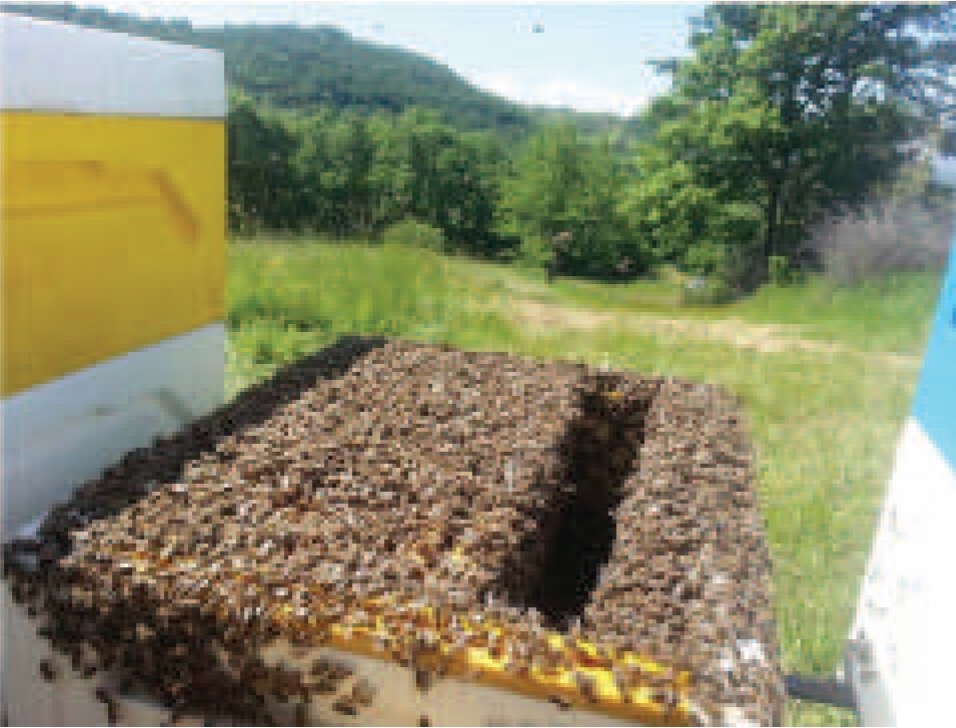 Polystyrene beehives have been used in Europe for at least 30 years, where they have proved both durable and effective, so much so that today in Denmark virtually 99% of all new hives sold are made of polystyrene, either expanded polystyrene or polyurethane.  The position is similar in many other Northern European countries, particularly Germany where one of the largest equipment suppliers no longer even lists wooden hives in their catalogue.  In total there are over half a million plastic hives in use in Europe today, which is testament to their effectiveness and durability. The polystyrene hives we sell are made from food grade, high density expanded polystyrene. Although this is chemically identical to the polystyrene foam used in packaging, it has a much harder surface and is substantially stronger.  High density expanded polystyrene is an ideal material for the construction of beehives.   If you are considering buying a polystyrene hive always ensure it is high density.   There are a few on the market which are made from low density polystyrene.

Why is Expanded polystyrene so good for beehives?

The use of wood for hives in the USA is so well established it is sometimes hard to get a balanced view on polystyrene hives.  Time and again we hear from customers who consult the elders of their beekeeping association only to be warned off these type of hives.   This contrasts with the position in many European countries where beginners will be strongly steered away from wooden hives!

Polystyrene hives work on two levels.  The first is price – our hives are up to half the price of a standard hive in Western Red Cedar.  Price is not everything of course and hives from plywood are very competitive but plywood is heavy and above all, like conventional wooden hives it does not provide the insulation value of polystyrene.  This is where polystyrene hives really score because the majority of nectar gathered by the bees during the season is not stored for the winter but is consumed by the bees to keep the brood chamber warm.  In a wooden hive the queen will also rarely lay in the outer frames as they are either too cold or too warm.  There is nothing natural about keeping bees in a thin walled wooden box.  A hollow tree is fine for bees as the large thermal mass cushions the brood nest from the rapid temperature changes which bees in a conventional wooden hive experience.   This is why many European beekeepers have switched away from wood  – they simply found their bees did better in thick walled polystyrene hives.

In winter the insulation value of our hives needs hardly to be stated.  Following harsh winters in some areas we have heard of many more beekeepers who use wooden hives trying all sorts of solutions to give their hives more insulation.  Such methods work but there is nothing to compare with a hive which is highly insulated from the outset by design.

In the Finnish countryside where our hives were designed and proven, winter temperatures down to -31oF are not unknown with hives sometimes spending several months under snow.  The bees survive these conditions well in polystyrene hives because the high level of insulation ensures their consumption of stores is very low.  This is not to say these hives are only suitable for extremes of temperature.  Polystyrene hives not only keep the bees warm but above all they keep them dry and it is often said, it is not the cold which kills bees but the damp.

Slowly the reputation of polystyrene hives in the UK is changing and Modern Beekeeping is now established as the most pro-active supplier of high density polystyrene hives in the UK.   The Langstroth hives we have sold up until now have proven very popular and to date we have not had a single customer who has said anything other than words to the effect of “I will never go back to wood”.   Once you have tried a polystyrene hive we are confident you will come to the same view.